We’re going to be guilty of 2 things here –

So straight off the bat here’s the map, click the link below for the full map (it should open in a new browser window or the google maps app on a mobile), there’s some wordage and pics after that.

Er, I suppose we’re also guilty of adding a few places a bit of a stretch away from Bristol & Bath, but it seems to much effort to go back 5 lines above here and edit that again so….

Colston Yard – stumbled on this one completely by chance as we walked past headed for somewhere else. With a sign like this you’re going to at least pop in for a quick one!

A few choices on the bar but nothing stupendous to keep us there a long time. Nice surroundings though so would probably stop by again on the way past if the route offered it up.

Next into Zero Degrees , where the installation and the size were impressive, sadly nothing else was – it seemed no beer other than their own was ever sold. Unfortunately the staff weren’t impressed with us asking about other beer, not entirely clued up on their own beer, and busier doing things other than serving customers. You’ll notice it doesn’t feature on the map but here’s pictures because we took them. 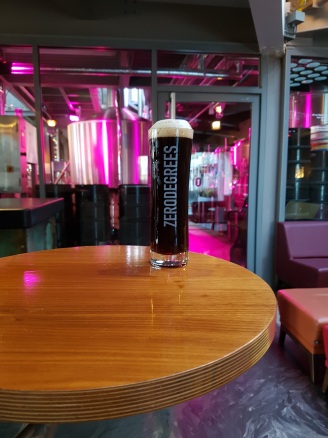 On to what turned out to be some of the best bars in the country – so much so that whenever we get time in Bristol we just rush to repeat the route! A walk across to King Street which has a lovely picturesque look and feel to it as you approach 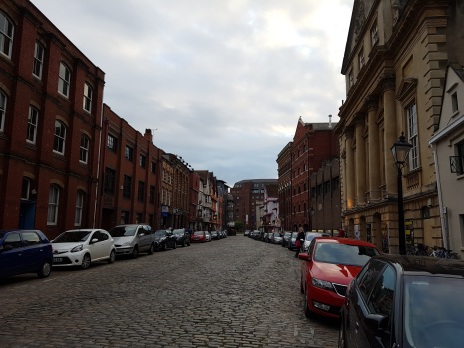 First up was Small bar, now one of two (the second in Cardiff) and linked to Left Handed Giant Brewing, to the extent that it’s almost a tap room (one of which they have now anyway and excellent it is too). Good food and great beer choices – brilliant to see they are extremely growler friendly as well. 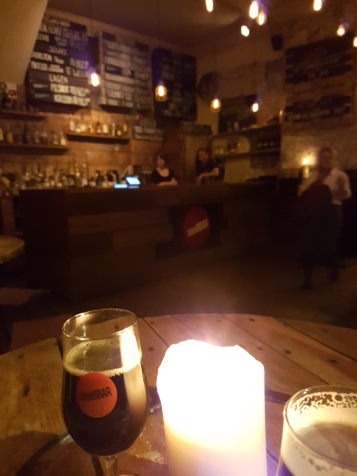 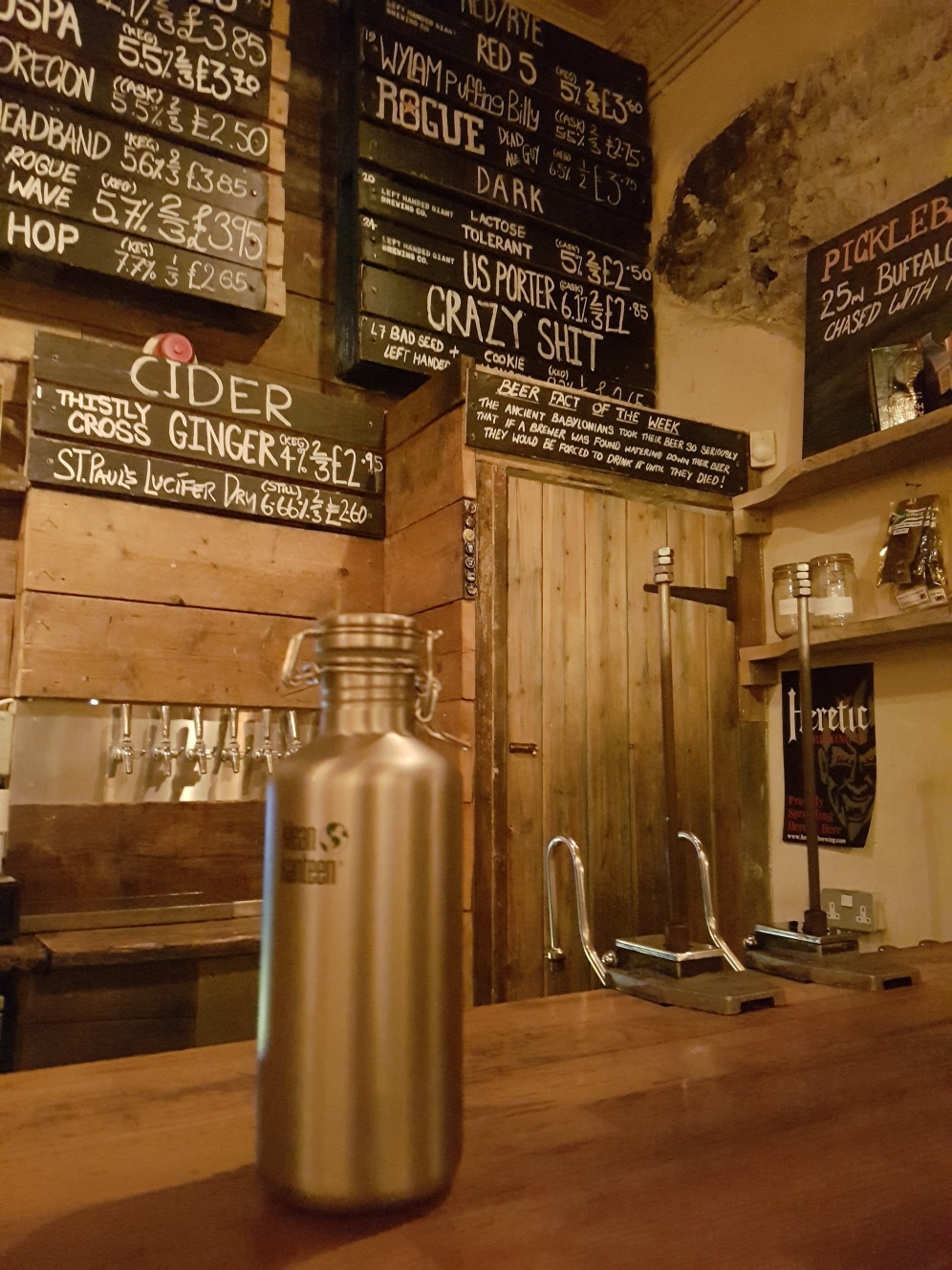 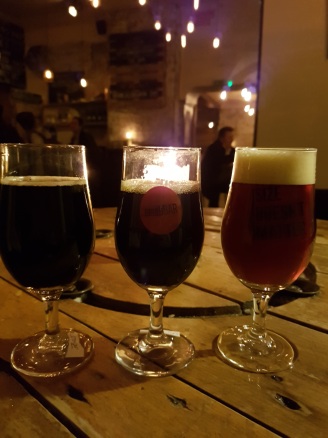 From there across the road, literally, to the Famous Royal Navy Volunteer. A pub that fronts as an old school boozer, but mixes it up inside with a nice big bar and a more modern feel to the rear of the place, with one of the largest collections of beer you’re going to find anywhere.

Most of our favourite breweries were on show here – and very good food too. So yet again, nice place, good food, good staff, great beer – and more flights! 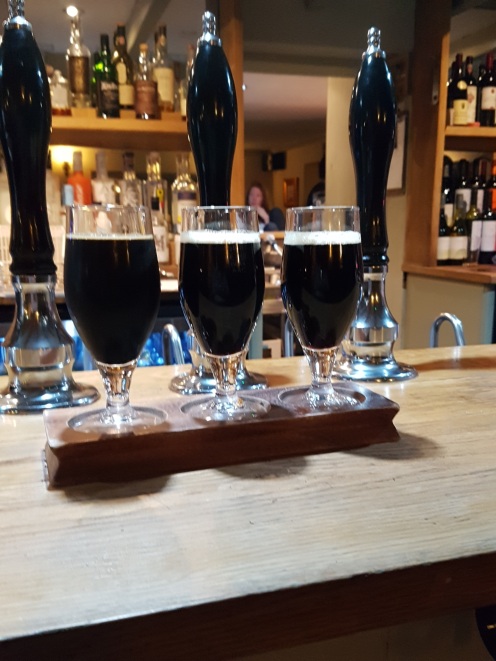 We needed a bit of excercise after this one, took a walk to the next pub, about 3 doors along!

The Beer Emporium doubles up as a great shop, open during the day but you’ll need to walk past and down the stairs, you almost get a feeling it’s closed and you’re not supposed to be walking around until..

By this point we started to realise it was a Tuesday night, but we had also hit the point where after the beers so far, cracking on seemed like the best plan! So a look at the excellent beer and bottle range – and joy to discover another pub that does flights.

From here was the longest walk amongst this lot, oddly for us we walked past a bunch of decent looking places, but then the plan had become just a quick pint in the Brewdog round the corner before back to the hotel… In the nicest possible way a Brewdog is a Brewdog, so you know what to expect, this was a cosy little version but has excellent staff and guest beer as you’d expect – outside seating alongside the river is a nice touch for when the weather is better. 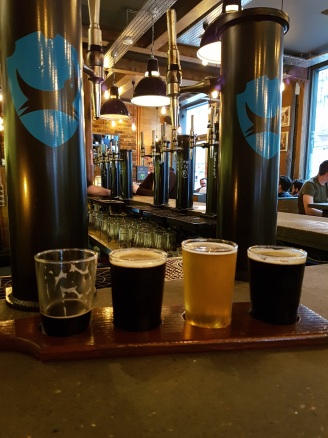 Who needs a plan, on a work night, when they do flights and had an Anspach & Hobday tap takeover. oh, and Stone Americano Stout….

In the Bristol area amongst the rest of the breweries, with and without tap rooms, is Left Handed Giant who we already knew made great beer so we popped in the next day – they also proved to be great guys and have a very cool tap room. Anyone who makes a brilliant coffee stout, but then holds stock for you, and does a growler fill – is pretty amazing in our book! 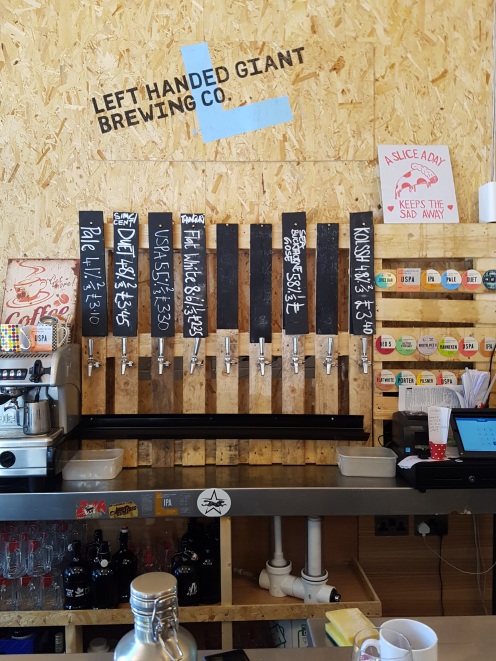 Bath is included in the map, but we think we’ll leave that for its own post, or possibly two – especially given that the team at Electric Bear Brewing have been good enough to let us go in and brew with them a few times…. for now just be sure to check out their brewery shop or tap room if you’re in the area.

Thanks for reading, enjoy checking Bristol & Bath out, and let us know if there’s anywhere we missed or you have any comments.